You are here: Home / Win tickets to see Strangers on a Train at the Grand Opera House, York

Win tickets to see Strangers on a Train at the Grand Opera House, York

The Tadcaster Echo has teamed up with the Grand Opera House, York, to offer a pair of tickets for the opening night of Strangers on a Train.

John Middleton, best known as Ashley Thomas from ITV’s Emmerdale, and Hannah Tointon from Mr Selfridge, star in this new play, a major new production set to steam into theatres across the UK next year. The masterful and gripping thriller is based on the psychological drama by the celebrated writer Patricia Highsmith (The Talented Mr Ripley, Carol), immortalised by Hitchcock’s Academy Award-winning film.
Opening at Brighton’s Theatre Royal on January 5th next year, Strangers on a Train is presented by Ambassador Theatre Group and Smith and Brant Theatricals, and directed by Anthony Banks – the team behind the critically acclaimed and phenomenally successful tour of Patrick Hamilton’s Gaslight.

We have a pair of tickets to give away for the Monday, 5th March performance. All you need to do to enter is like our page, share this post and tag who you’d take with you if you won the tickets in the comments! The prize will be drawn on Friday 23rd February 2018.

Photo: John Middleton and Hannah Tointon at York Station by David Harrison. Please note that this promotion is not endorsed, sponsored by or administered by Facebook. 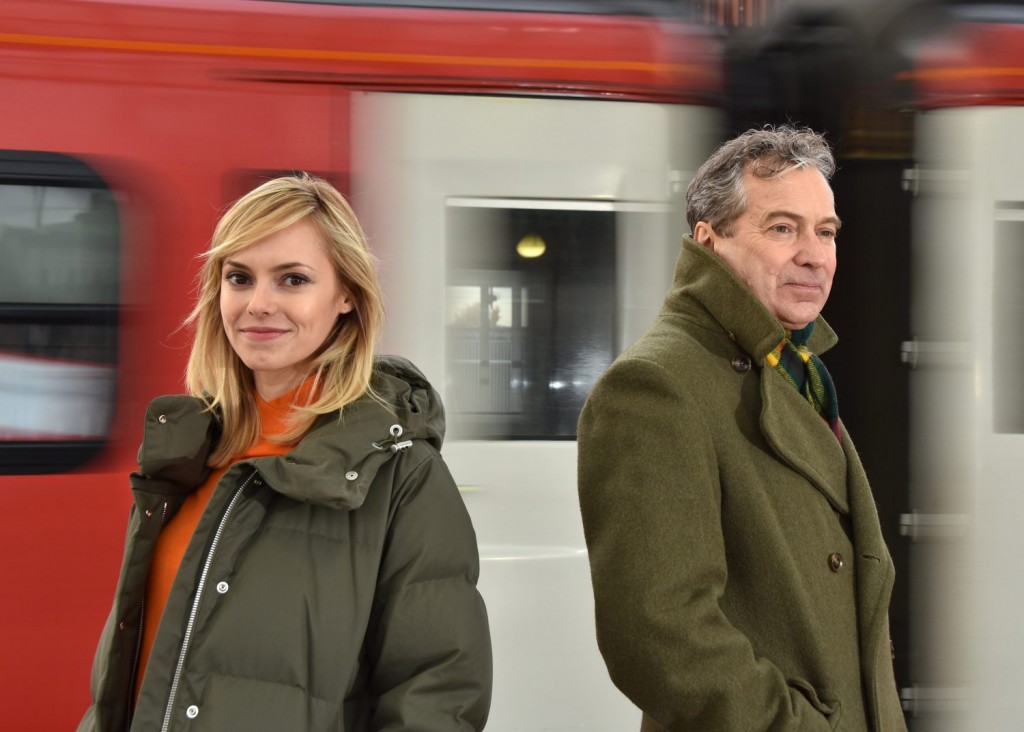