A Tadcaster pub is challenging teams to carry a nine-gallon cask of ale two miles to support Martin House Hospice Care for Children and Young People as part of a beer festival this month.

The White Swan at Wighill is holding its Beer Festival on Sunday 30th June, which will feature the two-mile cask race, along with live music, barbecue, bouncy castle, face painting, Prosecco and Pimms Bar, along with more than 15 beers and ciders.

It will raise money for Martin House, as well as for All Saints’ Church in Wighill and local charity CDGUK.

John Garside, manager of the White Swan, said: “We are trying to put the pub back on the map, so we thought a beer festival would be a great way launch it, and at the same time support three local good causes.”

The two-mile challenge will see teams of five carry the cask of ale two miles, on a circular route starting and ending at the pub, with the money raised split between Martin House, All Saints’ and CDGUK.

One of those who has already signed up for the team challenge is former World Strongest Man contender Mark Westaby, 53, of neighbouring Healaugh, ranked the 5th strongest man in Britain.

There will be live music from 1pm, ranging from jazz, blues, swing, pop and more as well as a pub quiz, which will also support the charities.

Martin House cares for children and young people with life-limiting conditions from across West, North and East Yorkshire, as well as supporting their families, both at its hospice and in their own homes.

Chris Verney, community fundraiser at Martin House, said: “This is a really unusual challenge – something a bit different for people who want to raise money for charity. We hope the whole day goes really well, while raising money to support local families.”

To sign up for the two-mile cask of ale challenge, contact John at the pub on 01937 832217. Tickets for the beer festival cost £5, available in the pub or by phone. To find out more about Martin House, visit www.martinhouse.org.uk. 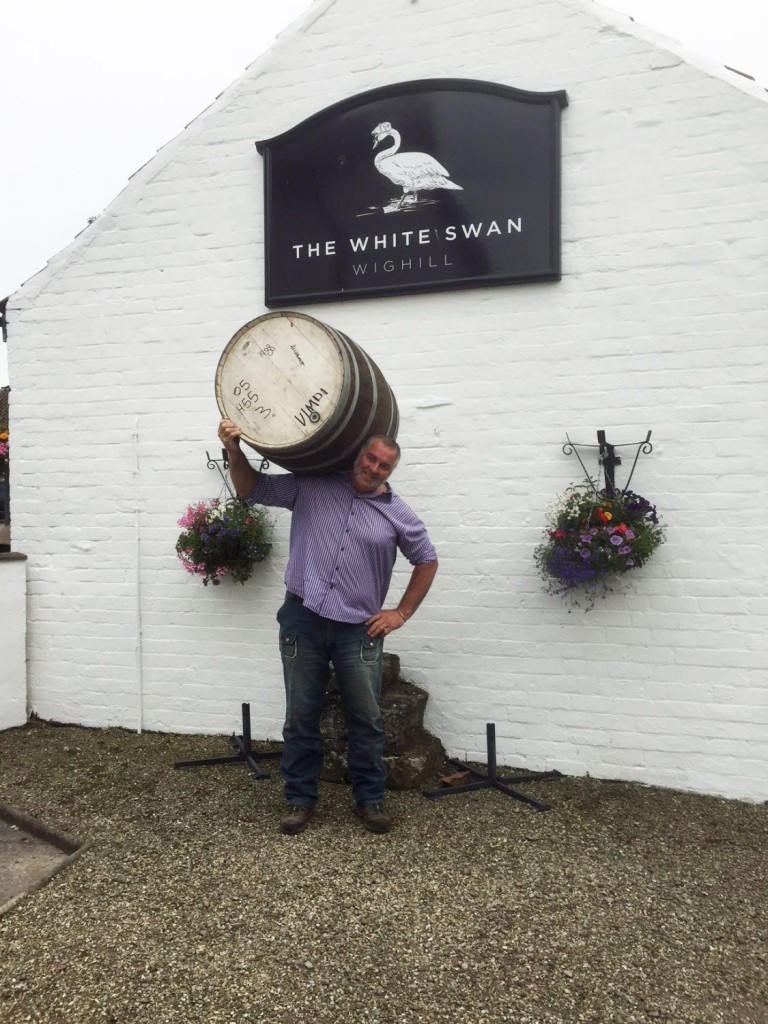